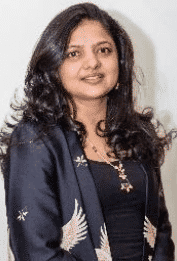 Rashmi Mandloi is an Inclusionist and leads BeyonDiversity D&I practice. She looks through the world with an eye on understanding the nuances of bias, beliefs and thoughts to enable change and inclusion. She has been recognized as the 100 Top global D&I leaders in 2018/2019 and also women of Influence award for 2020 from the Women Economic Forum. You can follow her on Twitter @MandloiRashmi or write to her at rashmi@beyondiversity.com

Travelling is a key enabler to the work that I do, and most often I find myself in and out of airports at the vaguest of hours. I do end up meeting interesting strangers as we strike a conversation around the future of work, or the pollution in Delhi and casually ask on our respective professions and the work that we do. It comes as no surprise to me when 90% of the time people do not get it, when I say I do diversity and Inclusion for a living. The percentage does move to 50% when I clarify that some part of my work is centred around gender empowerment. Interestingly lately, I have felt a change and I do see more openness in people trying to understand others and their situation, but it tests the patience of a democracy and diversity with issues like CAA/NRC and a divided population.

On the corporate side organizations both Indian and multinational are taking the right strides in increasing Inclusion. For e.g. Airbnb’s interviewers who had been previously trained to find commonalities with candidates (e.g., hobbies, educational background, experiences) have changed their recruiting process to explicitly avoid looking for commonalities and using objective scorecards to make sure all candidates are evaluated equally and fairly. Back home in India the Reserve Bank of India directed banks to include a separate column ‘third gender’ in all their forms and applications to uphold the rights of transgender persons to decide their self- identified gender and to grant legal recognition of their gender identity such as male, female or as third gender. In another instance, fashion retail clothes giant H&M had to withdraw its hoodies from the market. The T-shirts with the slogans ‘unemployed’ and “Nothing to do- Nowhere to go” were taken down immediately, after a backlash for trivialising poverty & hardship, and featuring class struggle for fun, that for many is a reality.

The broader D&I narrative in the country is as follows:

But the success of the above three will be only possible when there is Inclusivity in the real sense. This should translate to Increased sensitivity by people towards each other. Till the time individuals don’t take the extra effort in moving out of comfort zones and understand under-represented groups which vary culturally, spatially and cognitively the real Inclusion would not have been taken place.